The charm put by Bride the beneficent

On her goats, on her sheep, on her kine,

On her horses, on her chargers, on her herds.

Early and late going home, and from home.

To keep them from rocks and ridges

From heels and the horns of one another

From the birds of Red Rock

And from Luath of the Feinne.

From the blue peregrine hawk of Creag Duilion

From the brindled eagle of Ben Ard

From the swift hawk of Tordun

From the surly raven of Bard’s Creag.

From the fox of the wiles

From the wolf of the Mam

From the foul smelling fumart

And from the restless giant hipped bear.

From every hoofed of four feet

And from every hatched of two wings, 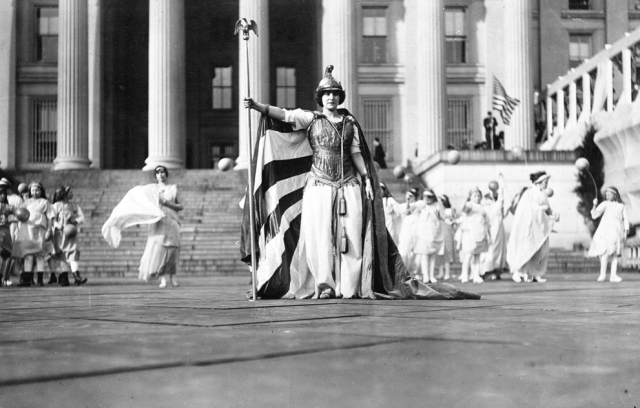 Hedwig Reicher as Columbia on the steps of the Treasury Building in Washington, DC, March 3, 1913.

The day before Woodrow Wilson’s inauguration, the 1913 Women’s Suffrage Parade took place in Washington, D.C. to demand the attention of the incoming administration and advance the cause of suffrage. Organized primarily by Alice Paul, 8,000 women marched on Washington on March 3, 1913.

Alice Paul is an often overlooked figure in American suffragette history. She’s no longer as common a name as Susan B. Anthony or Elizabeth Cady Stanton. Her early feminist contemporaries weren’t always very fond of her, for that matter. Many found her “too radical,” especially after her return from training with the British suffragettes, where she was arrested multiple times. But Alice Paul knew how to get things done.

The Battle of Culloden is largely seen as a British, and Scottish affair, with the fall of the Jacobites accelerating the demise of the Highlands, but Culloden can be viewed on a much larger scale and it is fascinating to see how the ’45 Rising and the Battle of Culloden affected events across the world. 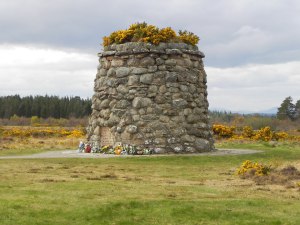 In the build up to the ’45, the Battle of Fontenoy can be considered a part of its history. Here an army of British, Dutch, Hanoverian and Austrian regiments were defeated by the French. The commander of the allied army was none other than the Duke of Cumberland and his failure at Fontenoy could well have contributed to Prince Charles’ timing with his decision to sail to Scotland in 1745. Not only that, but with an embarrassing defeat behind him, it has to be questioned whether this spurred the Duke of Cumberland on to defeat…