We spent a lot of time this weekend talking about who wasn’t there and all the reasons for it. But I got home and less than 24 hours later found out why one of us wasn’t there. She had died. That’s two this year.

The first was Miss Karen. She passed away this spring. She was also Greenie to me. She was my Camp Director my second year at Singing Pines and then moved to being Camp Manager at Teresita Pines. She was the one who made the frantic phone call to beg me to come to camp. I had no intention of ever working at camp again when she called. I had had enough the year before when I was Asst Camp Director in hell.

But she promised I’d have a good summer and I did.

Camp Staff become families. They create their own languages every summer. Their own traditions that are unique to that bunch of crazy people and a camp full of women is way different than a camp with men in it.

If you spend a summer at a Girl’s camp as staff you become part of something that lasts a lifetime. It’s not like Lord of the Flies at all. Women are problem solvers and even people who don’t like each other much will find a way to get a long for the sake of the girls. I have rarely seen any “mean girls” type of behaviour and that was usually due to a break up of a couple and some taking sides.

Anyway, Miss Karen is gone now and now is Miss Susie P or Pronz as she was also known and the Girls Camp in heaven now has a manager and a wonderful counselor. Who was mighty fine swine. And yes, that is a campism. 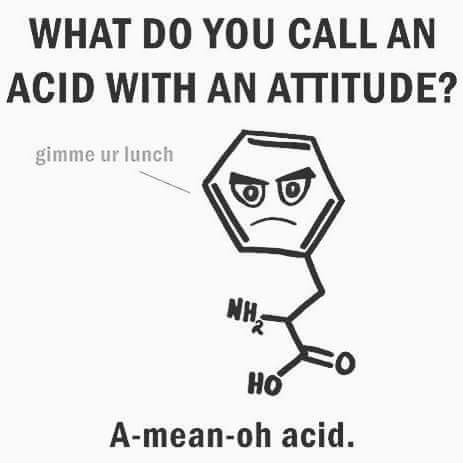 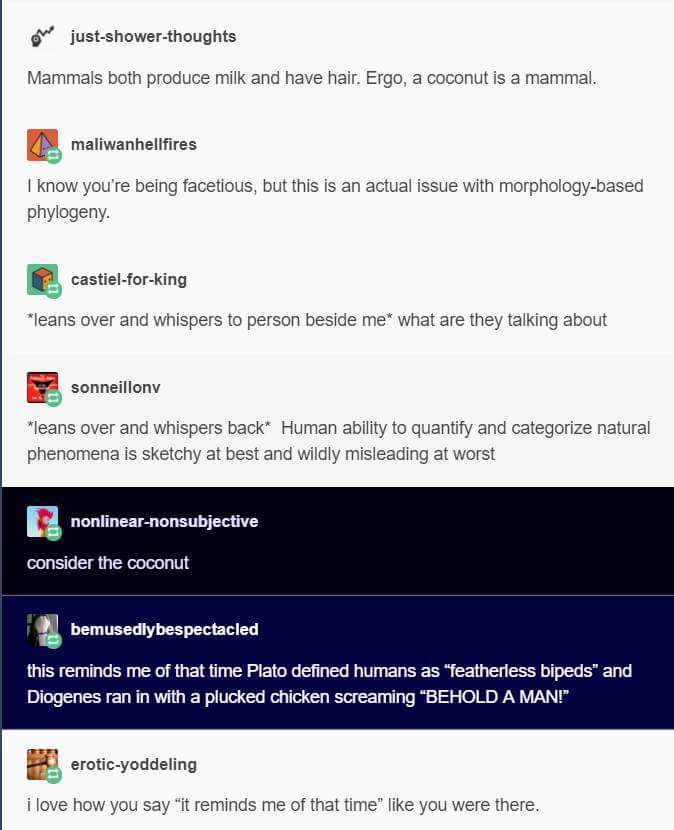 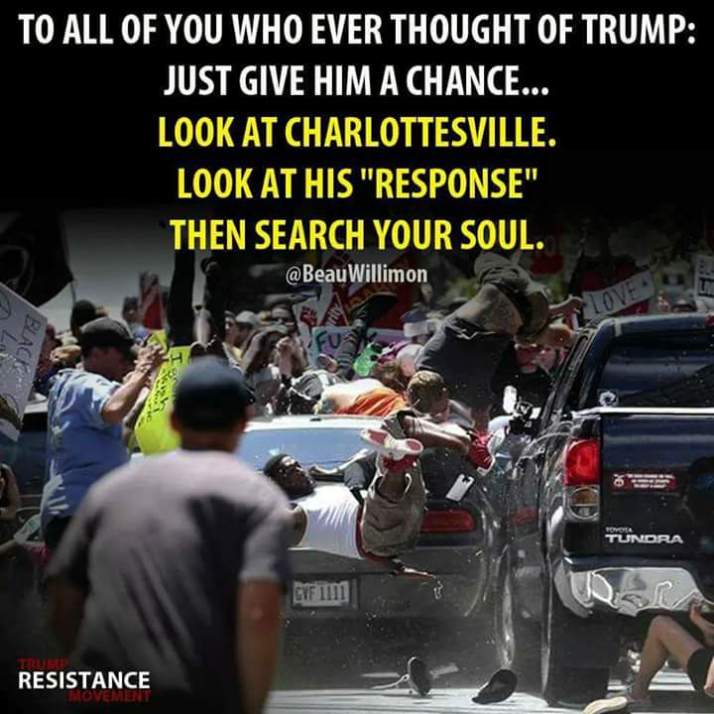 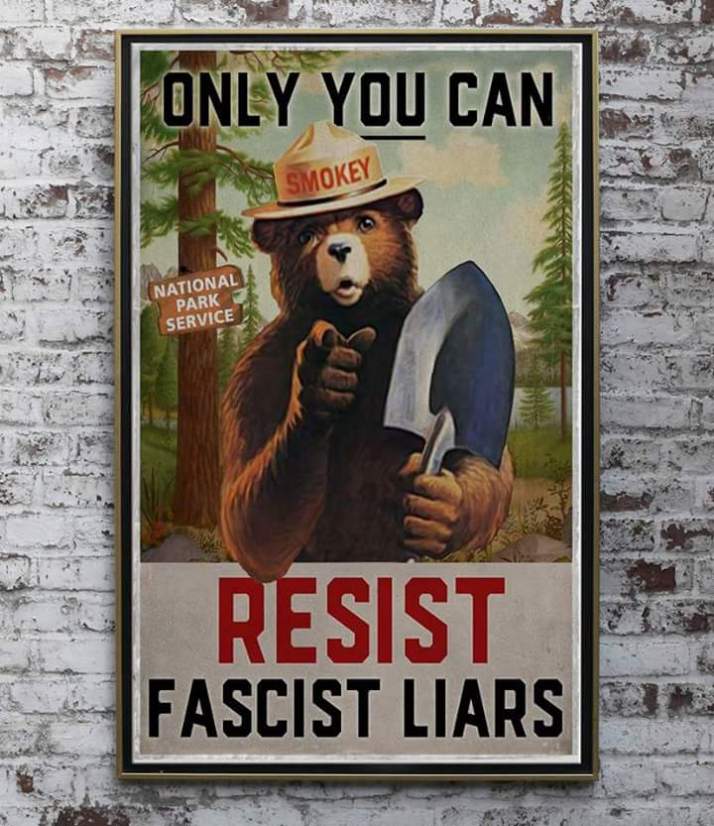 Your world may feel like it’s been turned upside down, or you may feel stuck. Find your center, and don’t be afraid. Stillness and receptivity are called for. By not forcing things, but waiting, you may receive gifts of enlightenment and experience divine, unconditional love.

Shadow side: The ego refuses to surrender, and chooses instead to be mired in an unwinnable situation. If patience is called for, be sure to take as much time as necessary. Haste or aggressiveness may undermine the balance or peace.

Presented by The Gaian Tarot app from The Fool’s Dog. 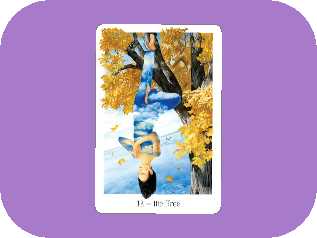 I did get to my reunion with the help of one of the best people I know, Miss Denise. I know far too many Denises and every one is a star. Miss Denise was the first person I ever laid eyes on when I got to Camp that summer. I was so nervous, a good friend had hired me when her Arts and Crafts Director bailed on her at the last moment and she thought it was a good idea to hire a heretic so I think I had one day to pack my trunk and supplies and get up to Wrightwood in my car which was known to all my friends as “The Bomb” mostly because we had all owned it at one time and they no longer made mufflers for the darn car. And they wouldn’t until it became a classic and they started carrying them in the Sears catalog. It was a 63 Ford Galaxie station wagon with overdrive. And we passed her around for $5 until she finally gave up the ghost under my care, sadly. 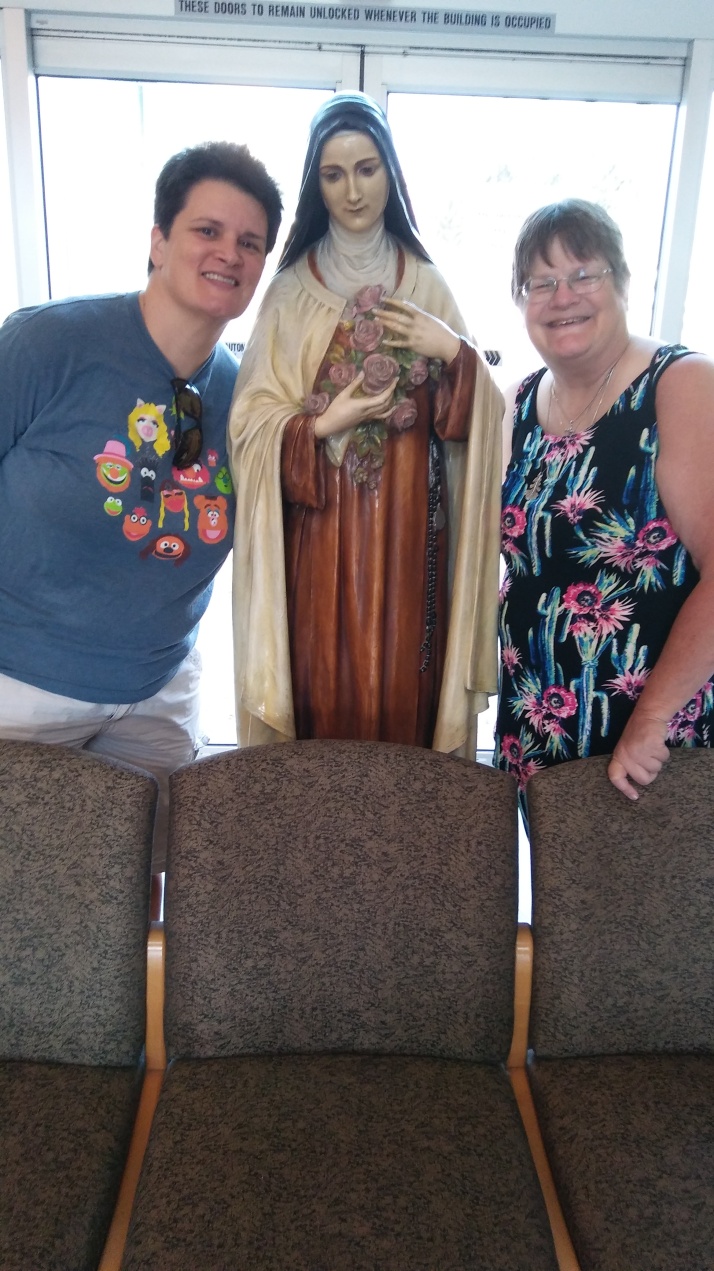 Every camp has a different way of staff naming. Girl Scout camps have silly names but it insures that everyone has a different name so you only have one Phrog, one Teddy and one Pooh Bear. At Teresita everyone is called Miss and their name unless they are one of the nuns and then of course, they are called Sister. This gets complicated since have the camp was some version of Mary or Patricia or both and some version of Susan, so you have Mary Pat, Baby Patty, Miss Mary P, etc. So I kept my Girl Scout name, Kat and added the Miss. This was fine until the camp program manager decided to use my real name over the loudspeaker and add Sister because she thought it was funny and knew I hated my name. Nothing like being the pagan in camp with the Catholic name, telling them I was named for two Scottish Queens did not work 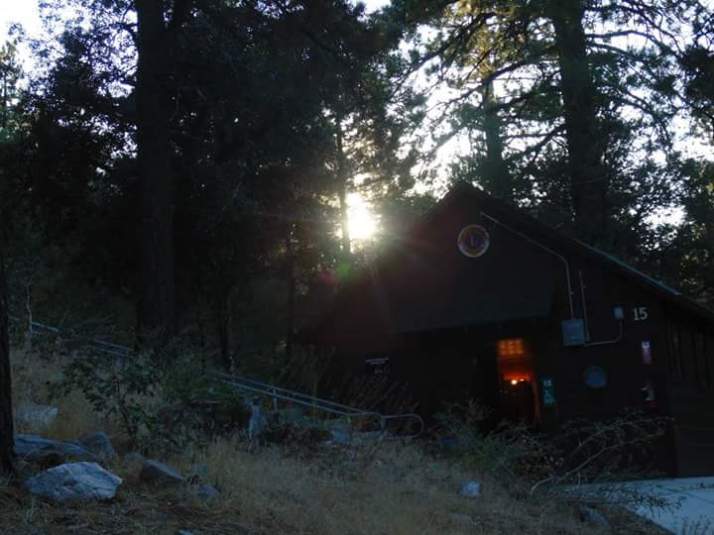 . One day I heard Sister Mary Elizabeth and I knew she meant me and the kids were furious because I spent a lot of time telling them I wasn’t a nun. Anyone with short hair and who wore a lot of blue was a nun as far as they were concerned. After that they wouldn’t believe me. And I couldn’t tell them the short hair was a dyke haircut, sigh. 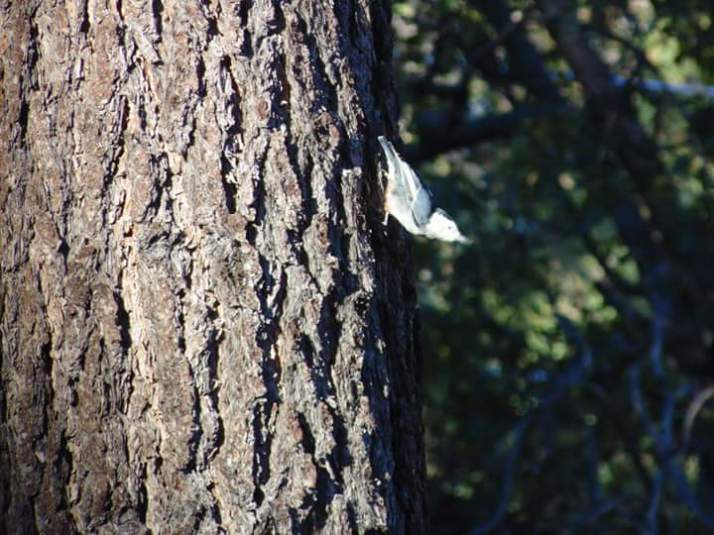 So Friday, we got all packed up to leave but first, we had to go to a couple of Dr appts. One I hadn’t planned on. First we went to my Ortho at Santa Teresita and we just happened to have our picture taken with St Theresa because we thought it was funny. Their statue of St Theresa is almost identical to the one we had at camp.

Then I had received an email from my GP because of my kidney issues and she wanted me to come pee in a cup for her to see if I needed more antibiotics. I did. While I was there Miss Denise discovered the 99 cent art supplies and loaded up while I was waiting for my prescriptions. That is the funkiest little pharmacy I have ever been in. It’s teeny tiny and it has stuff crammed into it. Including herbs and toys and all sorts Dodger memorabilia. 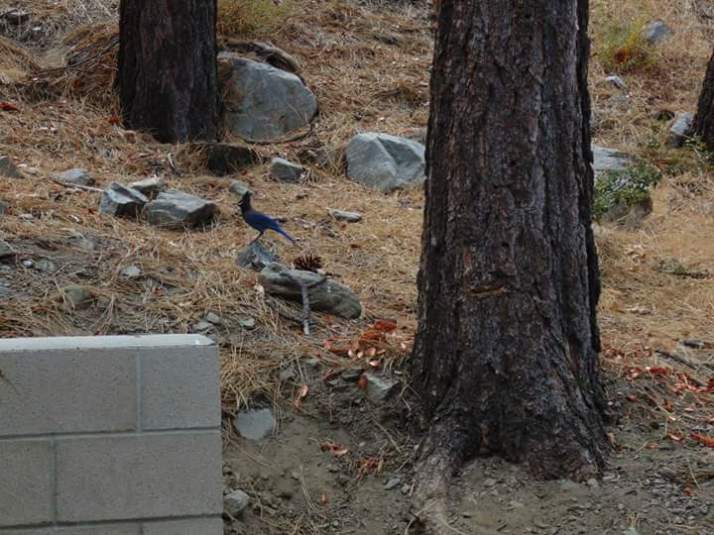 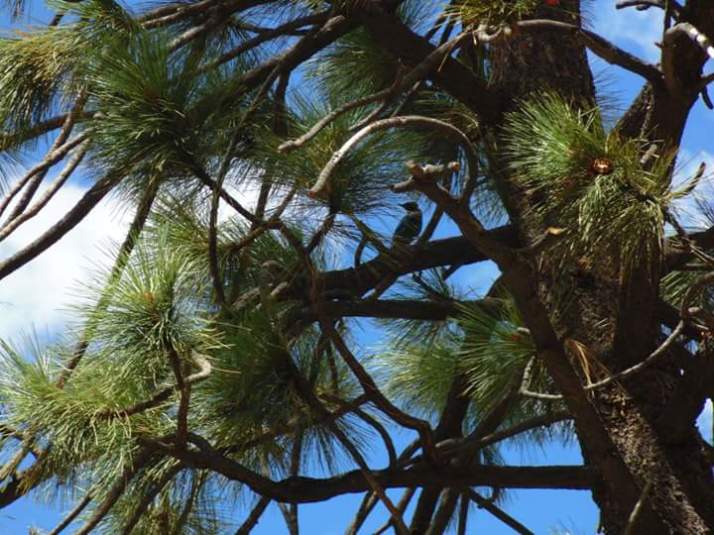 From there it was the credit union for money and then lunch and, I think I’m in love with Which Wich. I don’t know if it’s because I was starving by then or what but damn that was a good sandwich. Any one that can make a perfect, Turkey, bacon, Swiss and Ranch dressing, toasted is wonderful in my book.

And then a short trip to the market because I have to bring my own food because of allergies and we were on our way up the mountain to one of the homes of my heart.

It’s just outside of Wrightwood and across from Jackson Lake and it used to be owned by the Catholic daughters when we worked there and now has been bought by the Lion’s Club and when they sold it they agreed that we could have it one week a year for reunions, so we do. The Lion’s run a lot of camps for kids and people with disabilities so a lot of the cabins are now accessible that didn’t used to be. This is the first year I needed to be in one of those cabins. Or at least the first one that I admitted it would make life a lot easier. The accessible cabins have tiny kitchens with microwaves and small refrigerators so I had somewhere to store my food and the showers have benches and both regular and handheld showers. What I couldn’t figure out was why the floor in the shower didn’t have the strips on the floor to prevent falling. So every time I took a shower I was terrified I would fall again. I’m thinking about donating some to the camp. It was the only thing that would have made those cabins better.

The whole camp now has cemented walkways, the weird part is that they don’t connect with the road. I could use them to the Dining Hall but not to go to the pool and I could get to the Chapel and campfire but only if I went all the way down the road to the manager’s old cabin and the athletic field to get to the walkways. They are made for wheelchairs but really not for someone who uses canes or a walker or crutches because it means you are using them to go farther than able bodied people to get around camp on damaged body parts. I had to use two canes to get to the Chapel and campfire and back up and I was exhausted. Someone used a Fitbit to do it and said it was ¾ of a mile just on the part they did which may explain why my shoulders and hands felt like I had walked on them. I suppose I could have borrowed a wheelchair but those are a pain in the ass on hills and I didn’t bring my gloves and no way was I doing it without gloves on my hands. Been there, done that and got the tshirt and it shrunk!

Camp is in a beautiful little valley that you can look straight down into the San Andreas fault. My Arts and Crafts building used to sit on the edge and I had visions of a quake hitting when I was there working and sliding into the abyss with the kids. There also used to be a staff shower that hung over the edge that could get very exciting. I once got pinned in there by a rattlesnake when the rest of camp was at mass and had to wait naked for rescue by the camp maintenance guys. 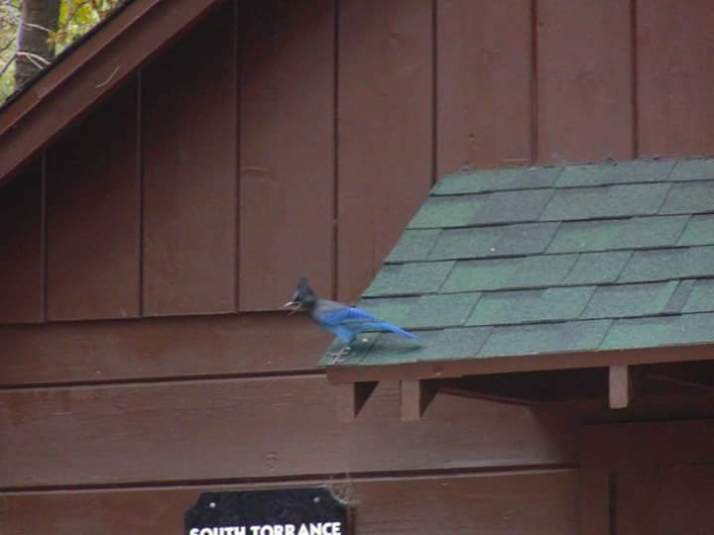 We had the best time and they let the Arch Druid do Sunday Chapel again. I have the most fun doing it. It just tickles me to do pagan prayers and meditations with all those Catholics and former Catholics. I went easy on them this time. Took them through a mini mindfulness exercise and the tree meditation. There are two sisters that are probably the most firmly Catholic who make a point of talking to me afterwards while they rationalize the fact that they enjoyed it. One said she felt hypnotized when I did the tree meditation which is a guided meditation in grounding and centering that anyone can use for themselves. She said she could feel herself relaxing and I could tell it bothered her to give up control.

I got to share some of my stories and when I at first said I couldn’t got that was oh no! no stories which made me feel good. And they went over really well. 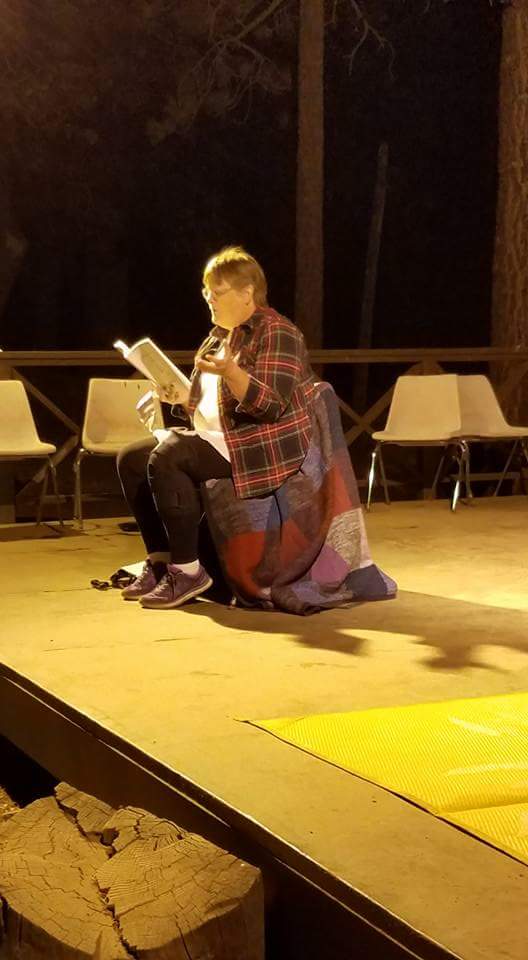 The weather was great but because I was less mobile I didn’t get as many wildlife shots as I wanted and I’m still on my quest to get a good picture of an acorn woodpecker. Got the nuthatch but not the elusive Woody. I could hear him laughing at me and see him in the distance but couldn’t capture him on film. Someday… 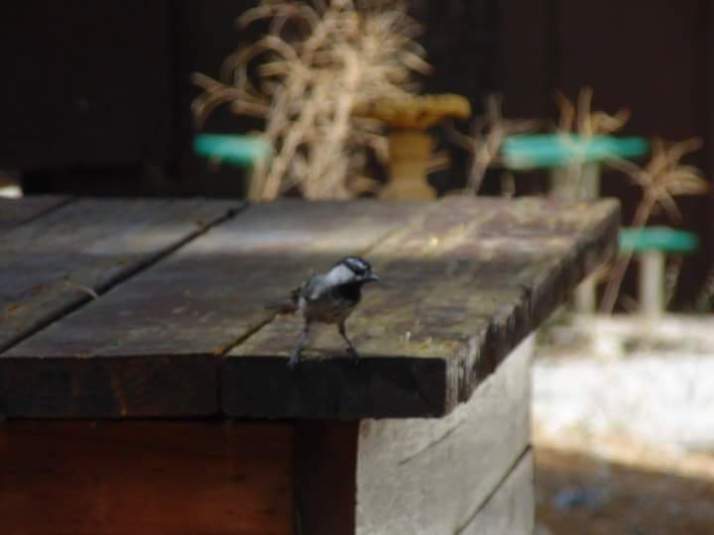 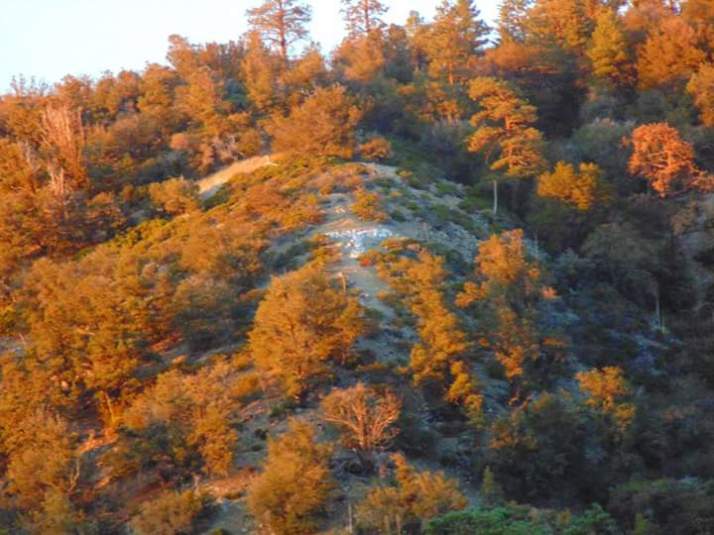 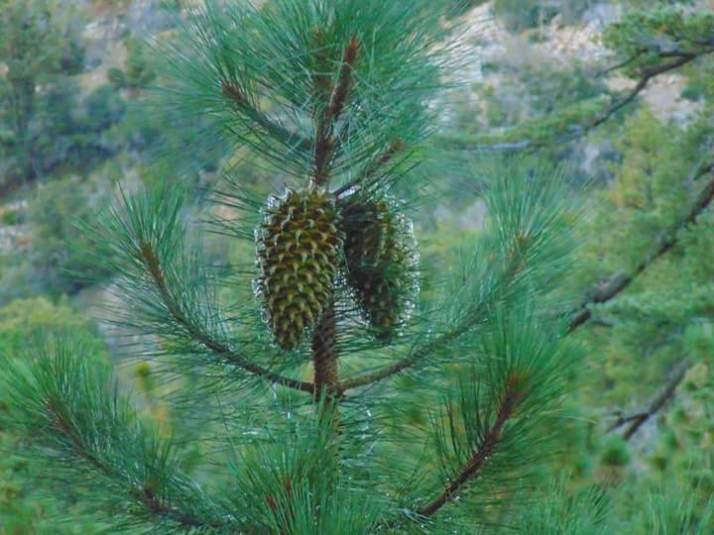 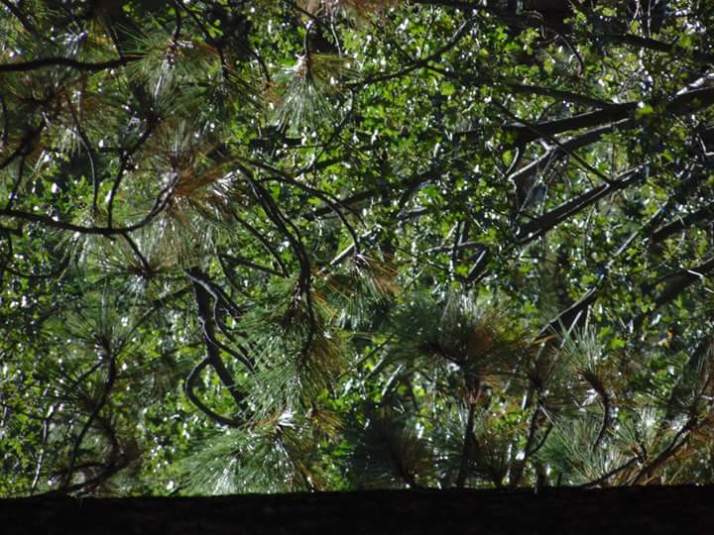 Adventures and Musings of an Arch Druidess
Create a free website or blog at WordPress.com.