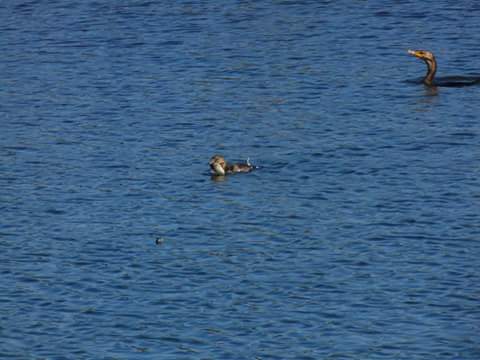 It’s never a surprise, I’m still an INTJ. A little lighter on the J than I used to be but I think that eases with age. Reality sets in and you finally deal with the fact that most other people do not see time and decisions as you do as illogical as that can be.

And as rare as an INTJ is alleged to be the older you get the more you find you have surrounded yourself with others of like mind or if they aren’t NTs they are at least NF because the S’s of any sort can make you buggy and ESs really drive you around the bend.

Last weekend at camp made me realize that. ESs are like dealing with Winnie the Poohs Tigger all the time and it’s exhausting and annoying.

I will always prefer the thinkers and dreamers of the world.

More on Wildlife at Taquitz

Tahquitz ran year round. We had summer camp for kids and we had family winter camps. We had an Easter week camp and we had Outdoor Ed for a couple of schools during the school year. I did a lot of nature talks and walks and occasionally a Nature Ride.

One of the things I loved about working at camp was all the different animals that lived around camps. We always had a lot of gopher snakes around because they were attracted to all the mice because no matter no you tell kids no food they always manage to sneak some to hide. This is especially bad when you are working with kids that come from group foster homes. They feel the need to make sure they have something that is theirs and food often fits the bill since it’s portable and hideable until some critter decides it’s theirs.

I was always rescuing some poor gopher snake that had gotten penned somewhere by panicked children and I would take them out to the meadows and let them go but sometimes I’d keep one in a cage for a few days to try and get the kids to get to know snakes. There was one particularly docile one that I carried around in the front top pocket of my overalls. She liked to ride with her head sticking out of the pocket not unlike an Egyptian headpiece. She liked it there because it was nice and warm and safe from panicked children.

One of my favourite things to do was to walk into the Dining Lodge to give a talk with her riding head out in my pocket. I could clear that room in about 30 seconds flat and I would just stand there and pretty soon the heads would pop back in the door and the kids would return and they would start to ask questions about my passenger. City kids have a tendency to assume that all snakes are poisonous and evil so for me, someone they liked and trusted to stand there with a snake in my pocket and obviously not running around crazy had an impact on them. Soon they could gently touch the snake and stroke her smooth scales and we’d talk about how I knew she was a girl (egg slit) and what she ate and what she did for camp and what I was going to do with her. I’m hoping those kids stayed respectful of snakes when they left camp but I have no way of knowing.

One spring we had an Outdoor Ed camp and it snowed about 3 feet at camp. I have to admit that winter of off and on snow is why I can happily live in Southern California and never go near another place with snow. I don’t like being wet, frozen or cold. I went out early one morning to the Arts & Crafts building to get ready to make some candles and do some nature crafts and the snow was absolutely pristine. Nobody was up at that end of camp and it was quiet and mine were the only boot prints through the snow. I was going about my chores and set up when I heard the funny sounds that quail make and across the snow came Mommy and Daddy quail and about 15 tiny little quail all in a long line. Peeping as they went. It was totally enchanting and funny as hell when a pair of the babies fell into one of my boot prints and got stuck. There was a lot of agitated peeping but I knew they would get out and they eventually did. If they hadn’t my leaving the building would have done it. But they got out and left in their long line and it reminded me of a Madeline story of the little girls following the nuns.

Last night I was laying on the couch when I heard the camellia on the other side of the window scratching on the glass and I just thought it was the wind. But it kept thrashing harder and I thought, wow, it’s really getting windy and then…

I looked out the window and yelled, At first glance in the dark it looked like a strange skull was floating in the bush because all I could see what the black and white outlines in the bush through the glass in the dark.

But it was what my sister and I used to call the vine creature because the unseen creature was in the honeysuckle or bignonia vines outside my bedroom at home.

No, it was an opossum and it was about 4 inches away through the glass in the dark.

I did not need that excitement. 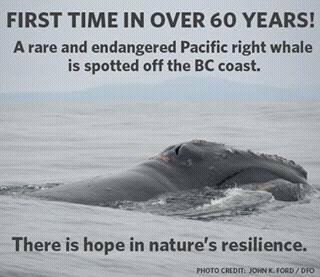 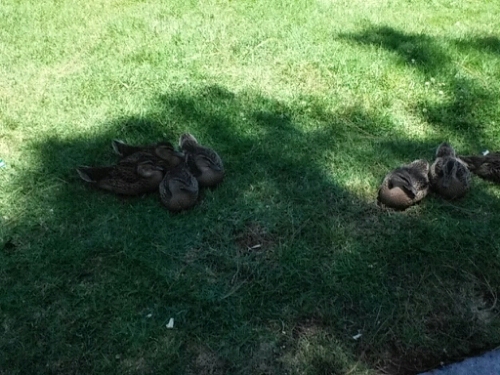 They’re almost as big as mommy and all 8 left are girls. Girl Power! 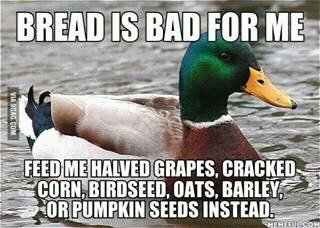 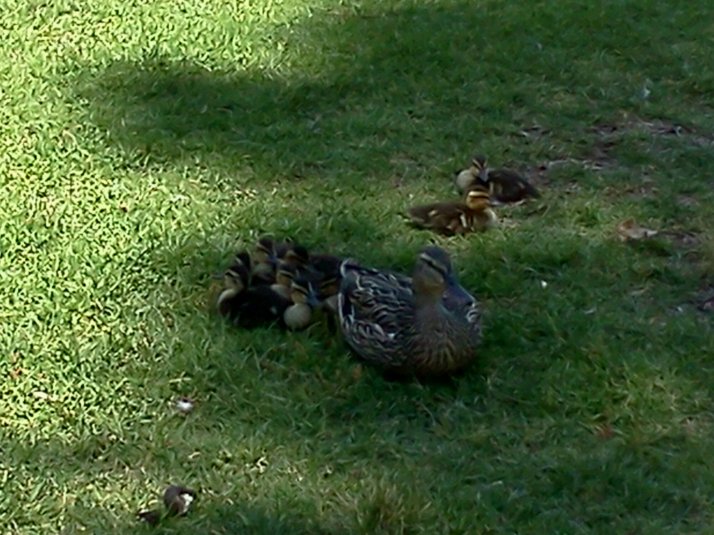