I’m terribly sleepy with cracked lips due to stupidity from forgetting my lip balm and insanely happy and at peace. I also have slightly blue hands because I did some tie-dye. I never do it for myself but D asked me so I did it. This was the camp reunion for the Catholic girls camp I worked for many eons ago before the ice age and I was the Arts and Crafts Director there. I’ve never been able to use gloves. I hate them. The only thing I have ever used gloves for was acid etching in glass work but for tie-dye or candlemaking or anything else I have never used gloves. I won’t even use them for gardening. I need to feel and be in touch with what I’m doing. It’s like wearing earmuffs and trying to perform music. I feel too removed from the process with gloves. This used to lead every summer to having what I used to call my asbestos hands because I used hot Rit dues and hot candlewax for dipping and pouring. You combine this with several times a day of playing a steel string guitar and you have a set of very calloused mitts. So I’m blue in the hands but no where else.

It was lovely to be up with old friends and campers and new friends that were staff other years. Some people had been there since Wednesday, we couldn’t go up until Friday morning. Glad I remembered my cane because the mountain has been cranked up since last year, at least that was what it felt like. According the scale in the cafeteria at work I lost 6 lbs on those mountains.

The long time camp maintenance man died this summer so we had a memorial and dedicated a tree to him Friday night. I will always be grateful to Mr Ken because in a story that is now funny but it wasn’t at the time. I was the non-Catholic in camp. They thought I was Protestant but I was reading through the book my first HP had given me Positive Magic. Anyway, I was almost always excused from attending Mass on Sunday afternoon when the priest came. So I decided on Sunday I was going to take a nice hot shower. Arts and Crafts and the Convent shared a shower that used to hang over the San Andreas fault and I was always afraid of going over the side in an earthquake naked but I should have been worried about other hazards. I undressed and got in and took a nice hot shower, something that was a real luxury and was nicely clean. The tiny building just contained the shower stall and a very tiny dressing area. I pulled the shower curtain back and was about to step out when I noticed a friend (?) had entered the shower after me. There was a rattlesnake coiled up on the dressing area floor. Now, I’m not afraid of snakes at all but when confronted naked as a jaybird in the shower when as far as I knew every one was in Chapel at Mass is a bit scary. Because he was coiled he could easily reach me in the shower stall. I managed to grab my towel from a hook and leaned over far enough to get the door open so I could see out by pushing it with my toe and waited. Luckily, after about 15 very long minutes hoping that the rattlesnake would not find me as the warm body closest to him, Mr Ken and Mr Mike (his assistant) went by on the road on the way to the tool shack. Mr Ken was very devout but for some reason he wasn’t in Chapel probably because if everyone was in Chapel, he could get something done.

I got their attention and of course, it was kind of funny to them, they weren’t in the shower starkers with the snake but they did get a shovel and take care of the naughty thing and I got dressed. Now I know it must have looked really funny but at the time it certainly wasn’t and if he hadn’t come along I don’t know what I would have done because I think I was the only one in camp with snake killing experience because they always called Mr Ken to do it. I am eternally grateful I did not end up the naked counselor dead in the shower like some camp horror story to scare small children with around the campfire. 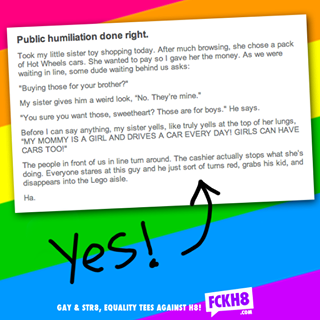