Once upon a time, things were disappearing all over the village. Aisling was horribly worried that she was going to be blamed but she knew she wasn’t doing it but who was?

First the Chief Druid’s beautiful golden torc had disappeared. Then the Silver branch the bards had on their altar was gone and the Chief Bard was really mad. All that was left was one silver bell. Aisling could hear his booming voice all over the village as he raged. The head Healer was missing her favourite shiny cloak pin that was shaped like a mistletoe leaves and berries.

These were all very special items and some of them were very magical so for them to disappear was a big problem. There had been councils all day and they Chief Bard was threatening to go through everyone’s personal chests! That just wasn’t done! The village depended on trusting everyone there and things were getting bad.

The Teacher had gathered her students and gone into the forest the next morning to have a lesson on sacred woods and their characteristics in wand lore and divination and Aisling already was getting a bit bored on this fine spring morning.

She had been watching a deer and her fawn walk quietly past the group and when they left, she watched the hares that were frolicking in a clearing behind them. It was then she looked up and saw the raven looking at her.

Why was a raven looking at her? She hoped she wasn’t going to have another encounter with another one of the Tuatha De Dannaan that was getting a bit scary. Lugh, Brighid and Airmid were all right but she didn’t think meeting the Morrigan was what she wanted to meet right now. She only saw one raven so maybe that was okay.

The raven stared down at her and was looking her right in the eye with a cocked head. The teacher was talking about the properties of yew versus elder woods and since they both smelled good to her and it was warm in the sun of the clearing Aisling didn’t really care. She was just glad no one was yelling and she wanted to know what that raven was up to.

The raven hopped down the branch still looking at Aisling. Aisling got the distinct feeling that she was supposed to follow the silly bird. The bird flew to the next tree and sat waiting looking at Aisling. Aisling crept away and looked up the tree. The raven flew to the next tree and AIsling followed. This went on until Aisling and the Raven were quite deep in the forest. Aisling was wondering how long this was going to go on when the Raven stopped by her enormous nest. It wasn’t far off the ground and Ailing stood on tiptoe and looked in.

Aisling’s eyes opened wide, there were all the beautiful things that were missing and a lot more, sparkly shells from the beach, shiny agates from the streams, bits of bright cloth that had been stolen from clootie collection tree by a well. The nest was stuffed to the top with things that were precious to someone and she supposed precious to the raven. The raven worriedly hopped down to Aisling with the Bard’s branch in one claw. It was obvious to Aisling the bird knew she was in trouble. The raven dropped the branch in Aisling’s waiting hands and cocked her head.

What was Aisling going to do? If she returned it everyone would be sure she had taken it and demand all the other missing items. This was not good!

The bird hopped back to her nest and pulled out the missing brooch and dropped it to Aisling too.

“Oh, no, you don’t. I’m not being blamed for this.” Aisling said firmly to the bird. “I’ll take responsibility for things I do but I’m not taking the blame for your thievery!”

“I’ll be cleaning up poop in the stable for years because they will be sure I did it!” Aisling shook a finger at the bird.

The Raven stepped worriedly from side to side on the branch and hopped back up and grabbed the Chief Druid’s torc and dropped it on Aisling.

“Nope, I’m still not taking them back for you. If you want to return them YOU have to come with me.”

The Raven jumped in her nest and hunched down.

“They keep telling us about personal responsibility and owning up to our faults. We even had to do a ritual about it. I’m not taking responsibility for something I didn’t do. If you want to return these and stop the yelling, you have to come with me!” Aisling was roaring at the bird. The Raven ducked its head and looked thoughtful and Aisling began to get worried. What is she was yelling at one of the Morrigan? That might be a lot worse than stable duty. Meeting the banshee was scary enough for her.

“How about if you come with me? If we do this together it might not be so bad for both of us?” Aisling asked the bird.

Now what had she done? The bird was enormous and a lot heavier than it looked. The Raven settled in and started to groom Aisling’s hair.

“Hey! Stop that! I said we could do this together. I didn’t tell you I needed a cleaning! I don’t have bugs!”

Aisling headed back to where her class had been. She hoped she hadn’t been gone too long but Aisling got back to the group just as they were collecting their things. The Teacher looked at Aisling and then she looked at the Raven and at what Aisling was carrying in her hands and shook her head.

“Only you, Aisling, only you.” The Teacher laughed and started back.

They got back to the village and walked to the grassy gathering area. The Chief Bard was still yelling. Aisling wondered at his lung power and he lunged at Aisling when he saw what she was holding.

“YEOOOOW!” he shouted holding his head and jumping back. The raven had pecked him sharply on the top of the head and then on his hand.

The Chief Druid was laughing at his colleague. “I think you have been warned.” He said in his mild voice. “I don’t think Aisling is the one who did this.” The Chief Druid was looking at the raven who really was a beautiful bird. She shimmered in the sun with colours of purple and green in her feathers and the raven was looking back at him, daring him to say anything.

The raven hopped down off Aisling’s shoulder onto her forearm and grabbed the torc. She then flew over and dropped it at the Chief Druid’s feet and landed and ducked her head. She should have looked penitent but since she was also looking up with a calculating eye at the Chief Druid this wasn’t quite working. The Chief Druid reached down and picked it up.

“Thank you for returning this, it means a lot to me,” and he bowed to the raven. The raven bowed back. Aisling was amazed. If she had done this the yelling would be deafening. Aisling handed the silver branch to the glowering Chief Bard and then took the brooch to the head Healer who had just arrived.

The raven flew back up to Aisling’s shoulder and settled in against her red hair.

“It seems you solved a mystery and made a new friend. I never know what you’re going to do next but I look forward to learning what it will be.” The Chief Druid motioned to the dining hall. “Isn’t it lunch time? I’m hungry!” and headed off towards the noon meal.

Your Card
Nine of Fire

You have reached a time in your life when you are self-confident, self-possessed, and at peace with yourself. You use your personal power responsibly and competently. Because of your spiritual practice, you are able to handle anything that comes your way with calm equanimity.

Shadow side: You may feel disconnected to the great power source of All That Is. It is time to start (or begin again) some kind of spiritual practice. There are many to choose from; try several out, then stick with the one that works best for you.

Presented by The Gaian Tarot app from The Fool’s Dog. 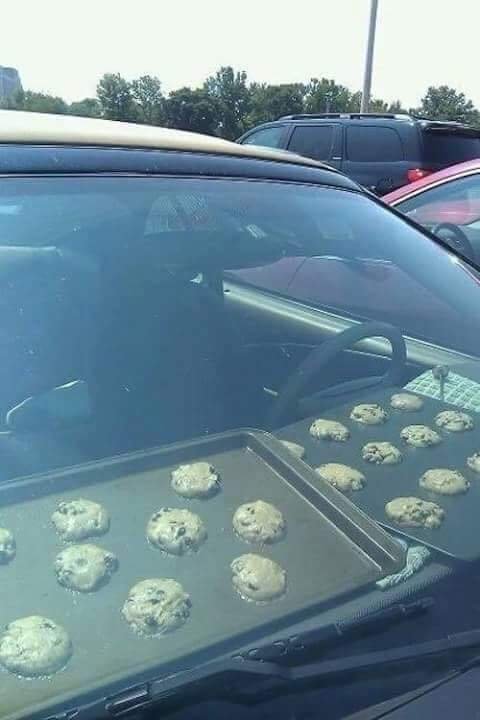