Stop encroaching into women-only spaces. That goes for online spaces as well. Stop being defensive when women highlight that you are doing this and stop pitting women against one another. It’s great that you like to voice your support for women and fight patriarchy, but it’s not so great when you run into women’s spaces and begin writing/saying pretty much the same things women have said for a really long time. And for whom are you writing when you take up space in women’s spaces online or offline ? Our work as pro-feminist males (or allies) should be to voice our support by writing aimed at men. Create our own platforms in which we can share our views and work. No, I’m not saying you can’t talk to women, No I’m not saying you can never work alongside women. I’m saying stop taking up women’s spaces. Stop voicing yourself over…

(Sorry for the lapse but I was visiting with my friend that has ALS and her partner and then got sick.)

I’m not sure this one even applies. Why would a modern culture issue be any different from an ancient one?

She was a Goddess of healing.  People need healing now just as they did in ancient times. That will never change. The diseases may be different unless the anti-vaxxers get their way and all bets are off but otherwise healing and the need for it is pretty universal. I do think we need to change the way we handle death and dying.

The ancients accepted it as a part of life and we wall ourselves off from it as if to deny it instead of preparing for it just as we prepare for birth. We will all die and some of us sooner than later. And that is also a part of healing, the acceptance and the easing of death and doing it with dignity. We should not be letting people die in pain because they “might” get drug addicted. Or the denying that a fatal disease is not fatal and taking unnecessary and painful measures due to fear both from the dying and the people around them.

Clean water, people have always needed clean water so that isn’t new. In the time of drought we need water in the wells that are running dry and we need them not to be polluted by fracking which if we switched to alternate fuels we would have no need for except to line the 1%s pocket.

The upholding of women’s rights. Women had more rights in ancient Ireland and in a lot of the Celtic world if you look at the old Brehon laws. She could own property, she could divorce her spouse or take a temporary one. She could be a war leader. I think we could uphold women and not say they have no right to what happens to their own bodies. Women were equal partners in marriage and she remained the sole owner of any property she had before marriage. It would be nice if those laws were still in existence around the world.

Goddess of Inspiration – Still need it, maybe even more so. Goddess of smithcraft or artisanship, check!

Ancient needs weren’t so different from our needs.

MIKE OFF THE MAP 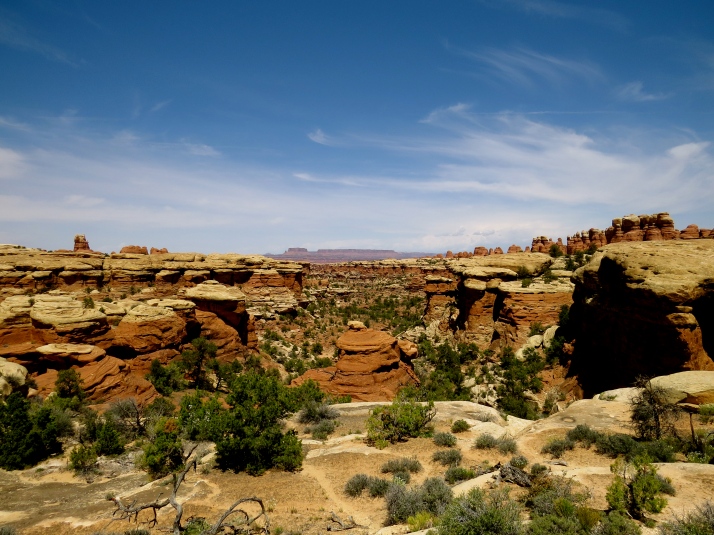 Today I was at my kitchen table thumbing through the latest Patagonia catalog, which discussed some of the issues regarding the explosion of popularity of climbing in Southeastern Utah and how it’s affecting the overall landscape. It’s not new that Indian Creek, Moab, and the areas between Dead Horse, Arches, and Canyonlands National Park are some of the iconic locales of American climbing. However as we’re seeing at an alarming rate, it isn’t just the effect of mass climbers on the environment, but the effect that the proposed legislation may have on public lands. This is just an example of the issues that rock climbers, mountaineers, and enthusiasts of the high hills face, not just in Utah, but all over the United States. The threatening of industry, public lands made private, mountains closed and walls defaced in the name of business interests. I think that…

In Huckabee’s America, all who fail to believe as he does are morally bankrupt From Mike Huckabee’s announcement of his 2016 presidential campaign:
“But we’ve lost our way morally. We have witnessed the slaughter of over 55 million babies in the name of choice, and are now threatening the foundation of religious liberty by criminalizing Christianity in demanding that we abandon Biblical principles of natural marriage. Many of our politicians have surrendered to the false god of judicial supremacy, which would allow black-robed and unelected judges the power to make law and enforce it-upending the equality of our three branches of government and the separation of powers so very central to our Constitution. The Supreme Court is not the Supreme Being, and they can’t overturn the laws of nature or of nature’s God.”

Mike Huckabee, who, as one anonymous commenter wrote, wants an America reflective of the 1950s as…

We only have 15 bookcases in a 2 bedroom apt