Here’s some of the fallout from my Totally Excellent Radical Feminist proposition that females aren’t males and that we deserve our own spaces.

I used to subscribe to this bi-sexual dude PragmaticUselessness on Youtube. I felt that he did an average job at dismissing MRA’s. It wasn’t long before I found out women’s biological and social realities don’t matter and our spaces should be accessible to men wearing Revlon. He went to Twitter after I schooled him that males aren’t females and called me a twanzphobe.

@joyintorah18 is a transphobe, here’s the proof. Avoiding to her trans women are really men and can’t be women pic.twitter.com/74d4VMtBBT

Let’s bring up a rare genetic syndrome to make ZERO argument that males are females!

@joyintorah18 so since you care about getting pregnant= women, what about women with turners syndrome?

Lesbians in the news

In an example of an appalling hate crime in 2012, two two young lesbians went on a date but were viciously attacked. Mollie Olgin was killed and Mary Kristene Chapa was left for dead.

Their attacker was arrested in 2014 but was not charged with a hate crime, despite sufficient evidence to justify it.

Despite the horror of the crime, Mary Kristene Chapa’s medical fund has only raised $12,882, compared to the over $800,000 raised for Memories Pizza, the pizzeria that declined to cater same sex weddings.

Horrific anti lesbian crime occur routinely and they are not reported. When they are, this is the level of interest they garner.

This is lesbophobia and silencing writ large.

This is a real problem because a lot of drugs have off label uses. Birth control can be used to control fibroids as well as curtail unwanted pregnancies.

I run into this constantly. My work sends out a health tip brochure every few months based on your prescriptions. I take a drug at low does that used to be prescribed for depression at much higher doses. I take it for closed brain trauma and migraine prevention. I keep getting hints on controlling my depression  because I take this drug. I talked to my pharmicist about it and she said it isn’t prescribed for depression any more. It’s mostly for CBI and for nerve pain now but it is still reported as a depression drug.

It also gets reported to the MIB. In case you didn’t know there is a bureau similar to a credit bureau that tracks your prescriptions not by your diagnosis but by what you are assumed to be taking it for. Any employer or insurance provider has access to this MIB, medical information bureau and it is off wrong because of off label drug use and you can be refused insurance or a job because of a disease you may not have and you will never know it.

So some pharmacist deciding not to provide care can and is way off base by assuming you have a certain disease.

Officially, I suppose it would be when I took the Haedery class back in 1998? I think. M, that taught the class was a Flamekeeper and encouraged the rest of us to be. Even though I no longer have contact with M, I can be grateful for that. She was the first person I ever met who was also trained by her Scottish grandmother. It made me feel not so alone, unfortunately, I couldn’t stand the drunken negativity of she and her partner and said so and caused a major blowup in our group. I wasn’t very diplomatic about it and we had been camping already for 2 days when it happened and I’m afraid my big mouth went off but I can’t stand repetitive bad behaviour with no effort to change it, especially if it induces a lack of sleep on my part. And I found out later I wasn’t the only one to set off a cataclysm over her bad behaviour that weekend but still I could have handled it differently or more sensitively.

Anyway, it was M is who officially introduced me to Brighid and her many faces but by this time I had already been a silversmith and a writer of songs and poetry and according to one of my exes, a healer. So Brighid called to me almost immediately and let me know she had always been there, I just hadn’t been aware.

She has called to me ever since and been there as a light in the darkness. She was one of the deities I was ordained to when I was ordained in the Temple/Fellowship of Isis, along with the Quan Yin and Hecate and the Green Man (at the time I was the only one in TOILA that was ordained to a male deitiy.)

I know she has always been there waiting, I just didn’t know enough about who she might be until I got to a place where I would recognize her. It’s one of the reasons I tell my students not to sweat not having a personal/Patron/Matron deity. When you are ready, they will be there waiting. They’ve been waiting for you for a long time. You really don’t need to chase them down. It’s better to relax, learn as much as you can about all pantheons and deities and then let them know you are open to them knocking on your door. You don’t have to answer or invite them in. It’s up to you. It’s like any other relationship and you are in charge of your choices.

Someone will be a long eventually. You don’t have to think you are a wallflower at a dance or the last one picked for the team. You are the one answering the door to your spiritual house and not everyone is welcome to come in. That being said, Brighid knocked and I answered and she was actually the last one to do so of the four. Some dramatically some not so but I had already been a practicing witch for over 10 years before the first one showed up. Be patient and open and it may not be who you expect.

Chorus:
I want to be strong, to be strong as the land around me
I want a heart that’s as wide as the sky
I want a spirit like a moving mountain stream.
I want to look people straight in the eye.

Walking along beneath a canopy of clouds
Feeling like a stranger in the midst of a crowd
I know that something great is calling me aloud
I know that I must choose.

The crowd is crying ‘cause there’s hunger and there’s hate
But if we care it’s not too late
A loving, laughing world we’re able to create
Underneath the endless sky.

Companies know where you went online. Now, they can follow you around in real life.
http://wapo.st/1z9B6NV

Turn off the GPS!

So being a druid is better for you 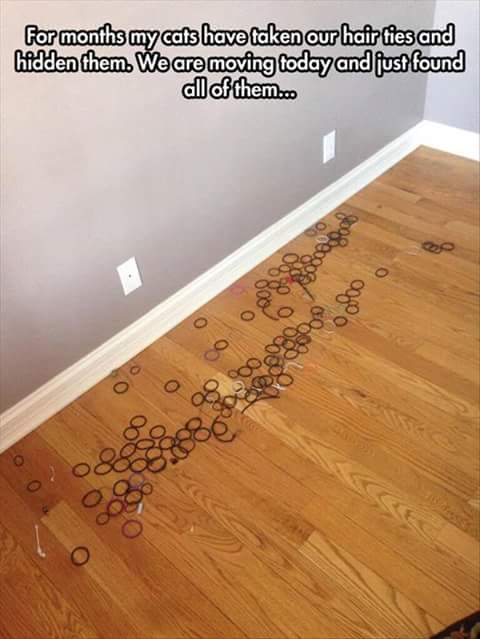 They also serve as hockey pucks