Yeah, monkey see monkey do. there will be breaks because I don’t have internet access every day.

A lot has been written about Brighid who has traveled across many lands and been called many names in her travels. Brighid is a mostly Scottish version of the Goddess for me with bits of Ireland thrown in for good measure. The two countries have different views of her and her roles. For example in Scottish tradition she has a seasonal link as what some people insist on calling the Cailleach but in the old literature isn’t a separate Goddess but more a spirit of place and each place having a different hag or old woman. Not one over arching Cailleach, she doesn’t exist that way in tradition there. And I’ve heard some practioners go off on people who say she does. Ireland doesn’t view her in that way and she is seen as related to St Brigit. Since Scots aren’t big on saints in public this is just one of her many faces and only with Catholics.

Brighid, sometimes described as a blond, sometimes as a redhead. I suspect most Scots think she’s a redhead, after all they are the country with more redheads than anywhere else on the planet and she is linked to red and white spotted cows. Almost always she is seen with a green mantle.

Brighid is not a Maiden, Mother, Crone goddess, she is a triple function goddess. Those functions most commonly are Smithcraft and artisanship, Poetry or Bardcraft, and healing and Midwifery. Some also say she is sometimes the queen of the Fae in some areas.

It is good to note that the Celtic gods were not worshipped in the way Christianity worships, Jesus, God or the Holy Ghost. The Celtic gods were more human and were to be worked with and not to be something to be subservient to. They wanted you to do the work and they would help. This makes a lot of sense. They aren’t some big faery godmother to grant wishes. You have to put some backbone into it. Or as my grandma said, god helps those who help themselves. This is the culture that embraced Presbyterianism and Calvinism after all. Anything foo foo was deemed Papist and suspect if not out right evil and distracting from your purpose. They believed all should learn to read to be able to study and to question what they knew. This attitude couldn’t have begun out of thin air.

Anyway, Brighid is a friend, a workmate, a confidant. Someone who assists you nor does thing for you but like any friend will help when asked and will also kick you in the backside when you need a wakeup call.

The flame that is tended by 19 women and later 19 nuns in Kildare is still be tended there after being restored in 1993 after the dissolution of the monasteries by Henry VIII the flame was smuggled to Norway where it was kept until it’s return. Now there are several organization organized in cells with 19 members who tend the flame and Brighid who tends on the 20thday. Now there are male Flamekeepers but traditionally the legend was that they would go crazy if they came in contact with her flame.

This wandered more places than I thought it was going to.

I’m thinking of doing a 30 days of Devotion set of blogs for Brighid. Lady Imbrium is doing it for Aphrodite here: https://ladyimbriumsholocron.wordpress.com/ and I’m enjoying it. I need to get my mind focused on things. There is just too much, ooo shiny…. Squirrel!

The only problems is when boredom or an ooooh shiny, happens by and I get distracted. We’ll see how this goes,

Join hands with each other
And love one another
And let’s celebrate this good day.

Tell the people that matter to me, I love them

Find a card to send to a friend

Get off social media for a few hours and sit outside

Think about getting my own kitty

Smell a flower or two

Hey Druids! Get out there! 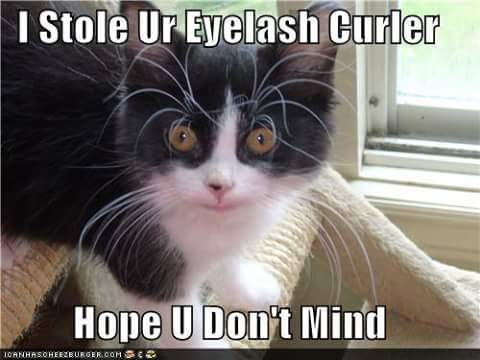 Leatherman in the camp crazy picture.  No one recognized me when I came down the camp road

My best friend’s birthday party 1960? We were 6. Why I appear to be vogueing down there on the end, I have no idea because that is so not me. And it’s in January, got to love California