For me, smells have colour and people have textures

My last Aunt has died. Now there is no one left of the generation of our family on both sides. She was married to my mom’s brother whom he divorced for a crazy lady who looked just like my Aunt. It says something that she stayed part of the family and he didn’t really. He never came to a family gathering again except funerals.

Aunt Barbie had a huge personality and a heart and laugh to match. When I was a little kid she kind of scared me. There wasn’t another person like her in the family. The rest of the Swedes and the Scots were fairly reserved and not really boisterous or loud. She insisted on calling me MB and since I already hated the name Mary Beth that just annoyed me. (It has always felt like it was the wrong name and people say it wrong or at least it sounds wrong when most Americans say it.) It took me until I was in Junior Hi to be brave enough to say something and I’m afraid I hurt her feelings at the time and it took me ‘til High School to realize I should be honoured to have her call me a pet name.

She called my brother Cameron, Camelot which was strangely fitting because she loved musicals and Cam grew up to be a musician and acted in school and college musicals. Alison was Alibaby. There were the only pet names ever used by any one in our family which was always oddly formal and called people their full names most of the time.

She went to my brother’s memorial and she sat with me and not her kids and I’m so glad she did. She kept up a totally inappropriate commentary the whole service that was totally hysterical and the urge to laugh was so great I couldn’t fall apart and cry the way I would have if she hadn’t been there. I’m sure Cam appreciated it because he was there somewhere because shit kept happening during the service.

She gave good hug and she loved me and my story telling and that was a great gift to a kid who wasn’t really loved by her own mother. When my mom was telling everyone I was a Satanist she had my cousins follow me home to my apartment to question me and find out the truth after we had had family Christmas. I had no idea she was doing it. She came in and looked around at my very pagan apartment and Yule tree. My living room was all shades of green from couch to walls to art work and filled with big bookcases overflowing with books and a huge plant rack and artist’s table and not scary just very,very pagan. She sat down and started peppering me with questions and I guess I passed because she said she knew my mom was full of crap and never had another problem with my not being a Christian, she already knew my brother and I were gay and never made a fuss about it like my mom did.

When I had my emergency hysterectomy I had to ban my mom from visiting me in the hospital because my mom kept wailing about I was being selfish and was going to give her any grandchildren at that point I was out of the closet for about 17 years. What part of there aren’t going to be any didn’t she understand? But as usual it was about what she wanted not that I might die, I was being a hypochondriac. I enlisted my Aunt to keep her away. And both my cousin and my Aunt visited but my mom didn’t even try that I know of. I had put her on the hospitals, ‘can’t visit’ list so I don’t really know.

I took a jewelry class out in West Covina where she lived and I used to visit her after class and we had the best talks about all kinds of things. She was well read and she’d been a teacher. She was one of the best cheerleaders I ever had in the family. I know she protected me from mom sometimes.

A couple of Christmases ago we were supposed to have our family gathering and we were told Aunt Barbie might get too excited and so we didn’t have it and I never got to see her again although I called her on the phone when it was hot to see if she was okay when she was still in her house. I never got to see her again. Feeling guilty and grieving and to make matters even more wonderful tomorrow is the anniversary of Cam’s death. Another wonderful family tradition dying on someone’s death date or birthday, mom’s birthday is August first and her daughter’s is August 10. Gotta love family traditions.

The effectiveness of missile defense can scarcely be inferred from the “sound and light show” that is Iron Dome. 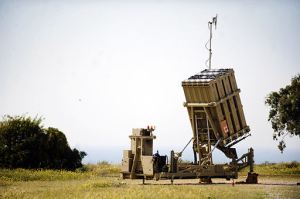 Contrails, the wake of an aircraft usually created by water vapor in its exhaust. When you hear them mentioned these days, it’s usually an attempt to paint them as “chemtrails,” the supposed product of a secret government program for spraying chemical or biological agents on the public to various ends. But contrails happen to be key to the effectiveness — or lack thereof — of Israel’s iron dome mobile missile defense program.

Never going to hear her call me MB again. She called my brother Cameron, Camelot and my sister, Alison, Ali baby.

She was my last Aunt and the last of her generation of relatives.

When nearing the heart of a sacred quest, motivation and integrity of human desires are challenged. Ancient wisdom demands the seeker be humble and forgiving.

Approach a sacred place or a sensitive person with consideration and honour. Respect the need for privacy.

Ensure your own boundaries are protected, respect the value of your own space.