I’m doing readings from my books this weekend at Long Beach Womenspirit Faire at the Unitarian Church in Long Beach.

In honour of the Faire, the Kindle versions of my books are going to be on sale on Saturday and Sunday for 1.99 so you can get all three books for less than the price of one Kindle book at regular price.

The link above is to my author page on Amazon and it lists all three Kindle books as well as the two paperbacks.

Since Gay Pride week here in L.A. this is the only pic I have of my friend Art. This is somewhere around 1982 or 3 when we were both in the Pasadena Gay and Lesbian Student Union. He was the best friend a girl could have. He was the only one that stuck by me when I got dumped by my first lover. And I’m afraid he was my biggest influence for gay culture because most of my friends took my exes side when I got dumped and I was suddenly left alone.

Art got the other guys together and decided I needed a proper education in how to be gay. This led to things like taking me to men’s pickup spots to show me how to spot a gay man. Something I didn’t really need since my brother was gay and I already had very well functioning gaydar but I humoured them. They taught me how they thought lesbians should dress and even threw a party for me to meet women and invited my ex.

They also instigated my first trip to the Pleasure Chest in West Hollywood, a rather infamous sex toy store and embarrassed the hell out of me when they turned all the demonstration dildoes on and broke the machine. At that point I removed myself from to the car beet red.

He worked for LA County Social Services dept and I used to be his protection from the women there that wouldn’t believe a big hulking man was gay. I used to show up in my professional clothes at lunch time and we’d go to lunch to the consternation of his co-workers.

I had knee surgery in 1990 and was in a wheelchair for a few months while Art was dying and couldn’t visit him and could only call. The day They said I could use crutches was the day of his funeral 9/9/90. I’m afraid I made a pest of myself. The stupid priest officiating obviously had never met him and was saying stupid shit and I was getting madder and madder and when he finally said, "If Art was here today…" I blurted out. "If Art was here today we wouldn’t be." and got hit with elbows from both sides. But I was mad and I’m still not sorry I did it.

It was a weird funeral because his whole family knew who I was and greeted my by name and I had no clue how they knew who I was until his sister told me that next to his bed he kept a picture of me and him. That hurt so much that I couldn’t visit but he kept me near but it was so him.

He got AIDS because he had a broken heart. He would get involved with some guy and be totally faithful and then get dumped and head to the baths to drown his sorrow and always bring me back pens and matchbooks. I’d beg him not to go but he went anyway and I just know that’s where he got the virus.

So today I dedicate Throwback Thursday to my friend, Arthur Joseph Garcia. He loved car racing, football and barbequeing for friends and hugging. I miss those back cracking big hugs. 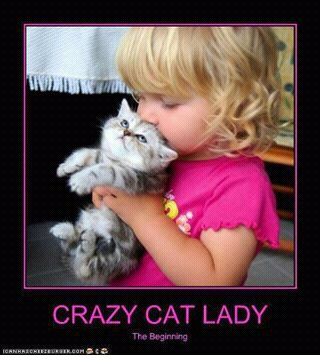 After physical or emotional sickness a time of inner rest and rejuvenation is required.

Patient and peaceful healing comes from a spiritual source. Wholeness after wounding.

You are receiving healing, and need to reunite your re-energised ‘astral’ or spirit body with your physical body.

Time to reawaken and ground oneself, using your visionary experience in a creative way in normal life.