This has been a rough week on my heart. Three people I cared about have left the planet. Friday it was Lady Olivia, this wasn’t unexpected really since she had stopped writing people back when they wrote her. And it was taking an awfully long time to heal from her fall and breaking her foot even for some one of advanced age.

The second was a camp friend from my first year at Osito when I was Arts and Crafts Director. This was a woman that I don’t remember ever not being cheerful and up beat and that is a wonderful thing when you are living at close quarters with 45-50 other women. Especially when they all start PMSing together. Frosty was a sweety .

The last I found out about last night. I met Colleen in 7th grade and she was already 6 ft tall then and had not stopped growing. She was a person of wit and substance and I think she didn’t show that side much. She was like me, classed with the “nice” girls and ignored in the hierarchy of Junior High and High School, pretty much.

When I got into college I dropped everybody from High School unless they were in choir or government and that was one person, Suzy. It wasn’t until my 10th reunion I saw any of them again and I only went to test the waters of being out of the closet and to see if there were others besides me who had come out. Sadly there were only a few and when I was assigned to my table they put me with Colleen and for some reason people started assuming we were a couple which, luckily she was not offended because she was as straight as they came and was just amused by it. Maybe it was because she was tall or because she rarely wore skirts but they always thought she was and even though I came in a tuxedo they assumed this baby face was not unless they got told straight to their face. I unfortunately am stuck with a baby face that seems to project innocence even when I have just thought up a dastardly practical joke.

I lost contact for awhile after that but when I temped at Huntington Hospital there she was again as one of their best volunteers which didn’t surprise me in the least. The six months I worked there we fell into our old relationship of us against the soc hierarchy because of a lot of the volunteers and the lady who was the one that rode herd on them were the equivalent of the soc class in high school. The volunteers were a mix of society ladies out to do good, retired professionals and people who just like to help out and any volunteer dept in a hospital I’ve ever seen has those same divisions. American class warfare at its finest. The society ladies think they should have certain assignments that are better than others, like working the front desk at the hospital as opposed to having to push a wheelchair or a gurney or help on a real ward instead of glamourous maternity or pediatrics. Anyway, Colleen had the front desk of the Volunteer Dept. and some of the ladies hated that because that is the volunteer that sees all the floral arrangements and gifts get delivered the right place and they see who is in the hospital that might be well known because of it. This meant she was in the loop and they weren’t and when the ladies found out we had known each other most of our lives, they didn’t quite know how to deal with me and when they found out one of the other well known and liked volunteers had been my bell teacher and choir director at Hollywood Pres they were really confused. Plain people in their world don’t have status and Colleen and I did. Drove them bonkers and we knew it and laughed at them. We kept in touch off and one ever since then on Facebook and email so it was a shock to find out she was dead and right before her birthday too. She had a lot of disabilities which is why she had to retire and become a volunteer and I always wondered if she had Marfan’s syndrome but I never asked and she never offered. I know she’d had several surgeries and had pins in her legs and ankles. I’m glad she died in her sleep peacefully.

My heart has holes this week where they lived. 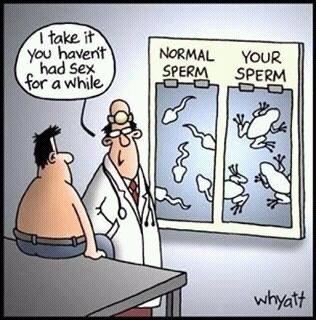 Can I just say that the phrase “I’m sorry for your loss,” is just about the most heinous meaningless phrase you can say to someone.

It quite pointedly removes the speaker from the equation by saying its “your loss,” not theirs. It’s yours, they have no ownership of the person’s loss. And if they believe we are all connected then it is a lie. It’s just away to not have to deal with the other person’s very real pain and really they aren’t sorry so why bother saying it.

I’m sorry that you lost someone you cared about or I’m sorry that you are having to deal with this right now. Anything is better than “I’m sorry for your loss.” And the next person that says it to me will have me in their face saying exactly what I think of them using a trite meaningless platitude to get themselves off the hook and not having to deal with your emotion. Well, fuck it, better to shut up and not say anything if you don’t want to deal with the other person’s feelings, walk away you spineless chicken.

Because, let’s face it, the person saying it doesn’t really care, they just want you to shut up and not be emotional because they can’t hack it. So next time you feel moved to say something, for goddess sake do not say that because you don’t mean it.