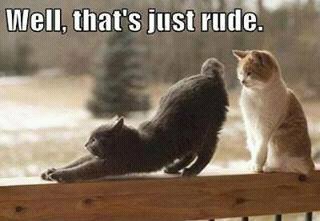 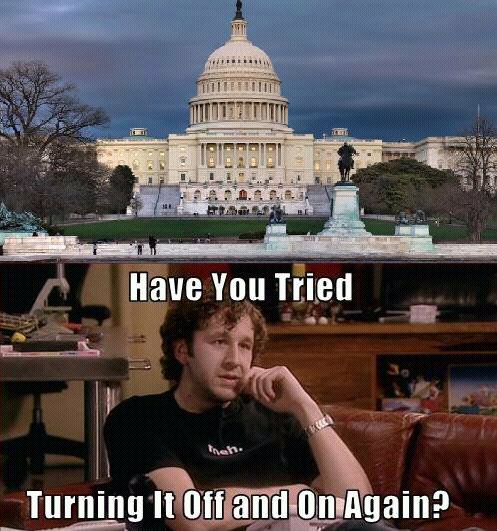 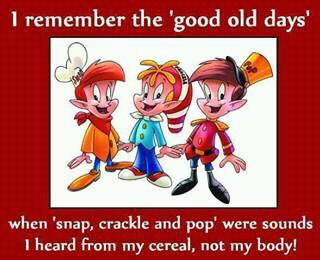 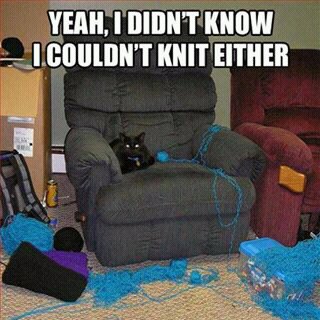 Jennifer Reif was writing a book on the Goddess Baubo and wanted to have ritual to the Goddess Baubo. Baubo is the Goddess who tried to cheer up Demeter when she lost her daughter. Baubo is a naughty Goddess or at least she tended to cheer up Demeter with what we might blush at and Laura knew I had a rather sedate side as well as having a good sense of humour. I did not know about this Goddess when I went. I think I spent the ritual bright red and Laura was quite delighted. And it was a lot of fun.

Laura was the only one that came to my birthday barbeque party one year for some reason. And she arrived with a bottle of wine. My sister and I don’t drink and so had no corkscrew. She spent about an hour digging out the cork from that bottle with various implements in the kitchen and royally cussing me out for laughing and for not having the $%^&* corkscrew.

Laura scolding me when I was hurt because some Temple members who weren’t at the priestess meeting where we first met BunniHoTep were angry that we were talking about a “made-up” goddess. She, I’m afraid had to tell me more than once that BunniHoTep was not “made-up” she was “re-discovered” and that I should never ever think that she wasn’t as real as her sisters, Isis and Nepthys.

Laura writing gently to point out my editing errors in a story and me hastily correcting them.

Laura encouraging me to take everyone on garden and nature tours and always joining in the walks with her whole self and never holding back or acting bored when I was pontificating on some obscure fact that no one else cared about but for that moment was absorbing me. Being delighted to see the egrets and the great blue herons out at the refuge, her eyes bright with excitement and joy at the sights.

Laura arriving at my ordination with a Xena t-shirt and being a bit miffed that I was in a dress for once. She was so sure I was going in a t-shirt and jeans and she wanted to surprise me because she knew I had gone to all the cons at that point and had way to many Xena shirts.

Laura loving the jewelry I made and wearing it proudly and asking me to smith at a Brighid ritual.

Laura coming to my dad’s and mom’s funerals and listening to me when Cam died and my heart was broken. Laura sharing the secret of my mom’s funeral really being a druid funeral and not a Christian one and the Christians never realizing it.

Laura and the Haedery class at the first Pagan Pride in LA when it was at the UU and there was a sword being raffled off that I was severely in lust with and her asking me if I really wanted it. When I told her yes, she had everyone in the group along with M making sure I won the raffle and I did. That sword guards our front door still.

Having my friend Jeri come up to me at the same Pagan Pride and tell me she was having dreams of Isis and taking her over to Laura and introducing her. Laura’s birthday tea was coming up where she inducted people into the Fellowship of Isis and starting someone I love on the path to her own Iseum.

I remember how many times Laura came to the rescue when I didn’t have a job and was about to be homeless and helped and sometimes without asking because I was too proud and stupid and scared to ask for help.

That somehow Laura knew without being told that the Littlest Druid is really me of all my characters. And how much she loved the stories of Aisling and how much I loved putting her in the stories to see if she caught it.

That when I visited her at the rehab center and told her I loved her she pulled a Han Solo and told me she knew.

Laura reading the raffle tickets at Faire and then if you hadn’t won anything telling you to go pick something out.

Going to Faire or rituals and wondering what colour Laura’s hair was going to be.

Laura loving reading as much as I did and coming home from England with the first Harry Potter before it was out here and telling me I had to read it and lent me her copy to read. And she was right I fell in love. We both would get the new books the night/day they came out. She also introduced me to several British detective series, or to the 44 Scotland Street series and the Dark Matter series but none were as magical as Harry Potter.

So many mental pictures of rituals and gatherings, of beach rituals of walks, silly and serious, sublime and ridiculous that make up a life.

Early Sunday morning was our beach ritual to honour Laura. Some of the first group that did it 20 years ago wanted to do it again. Since we did ours in July it was supposed to be the original women but it ended up that some of our group had to help, of course some of the original group are still members. I’ve only been going since 1998 or 99 because I was still with FERAL and the Pallas Society. I didn’t join TOILA and LBWS until they were defunct.

It was a beautiful day and really hot for an October day on the beach, Di made sure I had sunscreen on since I forgot mine and by the time I got home I knew I had needed it. I found the places I forgot like my lips. I did remember to wear a hat, thank heavens so I didn’t burn my part in my hair. I hate when it burns and then peels like it’s a zipper. And I remembered to coat the tops of my ears, hate burning that too.

I was amazed looking at the photos and comparing them to the ones I took in July how different the quality of light was.

It was recreation of the offering boat ritual they used to do. We don’t do that anymore, we build a mermaid now in the sand and decorate it and let it get washed away. When they originally used to do it they had to go back into the waves and retrieve the non-biodegradable parts when the boat came apart. This time they used a reed Egyptian boat and used rice paper for the offerings with the flowers. They still had to go out with it and bring the rope back but they weren’t gathering bits of glue either.

We visited the altars of Yemaya, Aphrodite, Isis and Mari for blessings from the goddesses and a token and then added the tokens to the boat. For some reason I’m always apprehensive when it comes to approaching for a blessing. Mentally I know it’s an old friend giving it but still, it’s the Goddess you are going to under the appearance of said friend. It was all good. It always is but there is still some primordial part of my brain that goes, Goddess = awestruck. It makes me feel very young and stupid even now and it probably always well.

I can and have given oracles but I suppose I feel about it the way I feel about using my mediumship gift, what the hell is going to happen if I let loose of the control? I should know by now how to trust it but there is still a lot of fear at letting go because things have happened in the past. And it can give you one whale of a migraine when something does happen. I have much less trouble listening to plants, trees and animals or even things, than things that pass for human.

I’m still worried about the divisions in the group and find it interesting that some people seem to be back now that Laura is gone. I wonder for how long?

I did a bit of an experiment at the beach. I took pictures of all the invoking priestesses’ feet. I want to see how they rooted themselves when they did it. No conclusions, just interesting.

Four of us are going to the Convocation next weekend at Isis Oasis up in Geyserville. They are having a memorial for Laura and we are going to represent her priestesses of TOILA/LBWs. We haven’t been asked to contribute anything but I’ll have my laptop with the slide show and we can always sing the Knot of Isis and maybe sing Di’s new Isis Rising chant from Laura’s poems.

Anyway, Friday is a ROAD TRIP! Google says 6 hours and 24 minutes or 438 miles. I think bathroom breaks and eating make it a bit longer and that’s if we take the 5 and not the 101. I wish we had time for a stop in Muir Woods where Cam’s ashes are spread but it’s probably closed because of the government shutdown. I’ve never been since Scott spread Cam’s ashes. Damn Republicans! You lost on Obamacare. Get that through your thick upper class heads.

BUT ROAD TRIP! And with one of my favourite people in the whole world! 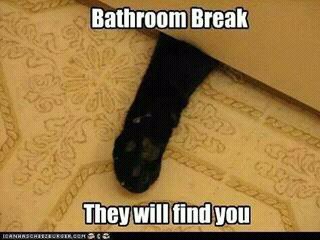 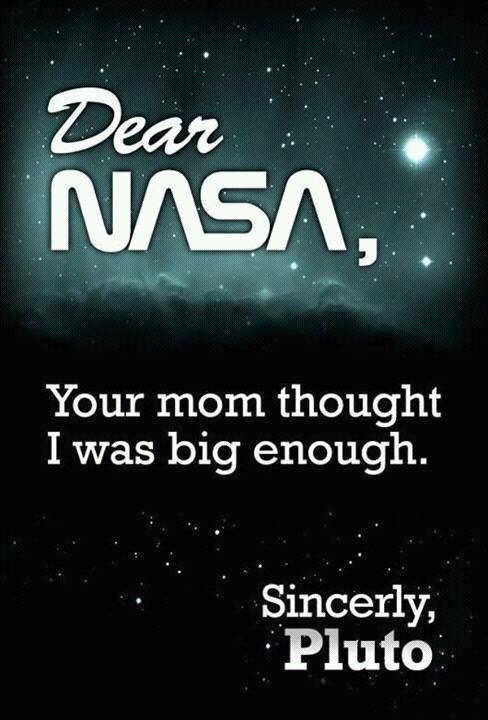 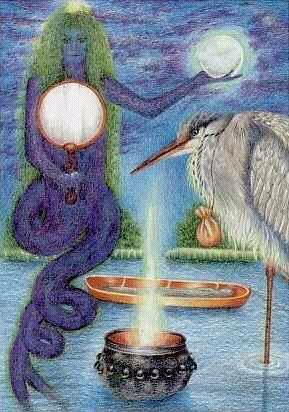 Patience and prudence are the keywords here, although trust plays a large part in the process of crossing to the island where insights into your own unconscious workings will be revealed.

This process differs from The Hermit’s journey in the fact that The Hermit makes a conscious decision to withdraw and contemplate the universe but with Reflection a surrender of will is required.

Insights may come from dreams and meditations, but now is not the time to force the pace or drive on with a plan or desire until you have heard what your soul has to say about it and your bruised and wounded spirit has been healed.

Be patient. Let the journey commence and awaken afresh and full of energy ready to deal with the world and the challenges it raises.

When the foundation of one’s life seems to have collapsed beneath you, you can seek sanctuary in Reflection from the emotional intensity of The Blasted Oak. Reflection is concerned with sacred mysteries…

In a reading this card indicates profound healing, a period of introspection, healing, immersion in myths and visions, stellar lore, conception, learning about yourself.