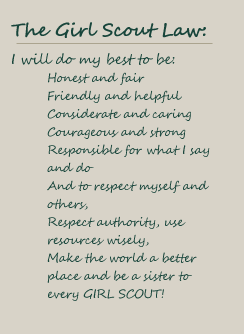 For a over year I’ve blogged here and I have thought that every person that visited was a blessing.

I’m trying hard to get back to that place and regain my sense of humour about it.

And for the most part I still think every person who visits is a blessing. Thank you.

Once upon a time the littlest Druid was sitting by the stream outside the village. It was the only place she could go where the water would drown out the sound of her sobbing.

She wanted to be brave and she wanted to look forward but at the moment her heart was broken. Her best friend was gone and she didn’t understand why it had to happen. She felt even more alone than she normally did.

When she had arrived at the Druid school two sun rotations before she had arrived at the same time as another student, Beith was the same age as Aisling but as different as night was from day. Where Aisling was red haired and freckled and with a fiery temperament to match Beith was cool and calm like the tree she was named for Birch. She was fair with dark hair and dark eyes but they might as well have been sisters. In fact, when they were allowed to pick a soul friend their first year, their anam cara. They had chosen each other. They were supposed to pick some one older who could advise them but they had chosen each other and their teacher and the Chief Druid had agreed to it.

No two spirits could have been closer. The two were together whenever their chores and studies had permitted and maybe if they had been allowed to do their assignments together Aisling wouldn’t have been so creative in the trouble she got into but that is for another time.

The spring before when Aisling and Beith were running together on the moors chasing the sheep, Beith had fallen suddenly and had had trouble getting up again. Aisling had to find the shepherds to carry Beith back to the village. Beith would never run with Aisling over the moors again.

For some awful reason she wouldn’t heal and there was nothing the Druid healers could do for her. They tried every herb they knew. They tried to sweat it out. They tried all the special rituals they knew but Beith got weaker and weaker and began to have trouble breathing.

They let Aisling visit all the time and never kept her out and they allowed her to be part of the rituals so she knew what was happening to the sister of her soul but nothing had worked. They finally sent a message to Beith’s parents to come and say goodbye. That was rather unusual because once someone joined the Druids, the Druids were their family but Aisling thought they had done it because Beith wasn’t a full Druid yet or they could have just been being kind but they had arrived a few nights ago.

Aisling was sitting alone with Beith when she opened her eyes the last time and smiled. “Don’t cry, I’ll be back,” she said and slipped away. Aisling had called for the healers but there was nothing they could do. Beith was off on her voyage to the Summerland and Aisling had lost the sister she had found.

So Aisling was sitting on the banks of the burn mixing her salty tears with the cold clear water when someone came and sat by her on the bank.

“Why are you crying?” said a soft voice.

“My friend is gone and I miss her.” Sobbed Aisling.

“Ah, the wee one who left for the Summerlands this morning,” The voice said.

Aisling looked up startled and saw a beautiful older woman with hair that looked soft like owl feathers sitting by her. She was dressed all in green and wasn’t much taller than Aisling was.

“How did you know?” asked Aisling.

“It’s my job to ken when souls need to leave on their journey. I saw you there. What did she tell you?” asked the woman.

“She said she’d be back and not to cry.” answered Aisling.

“And so you’re crying out where no one can see you or help you.”

“How would it help to be where people would pity me? We’re supposed to be happy when people die. They say they are happy now and not in pain. They tell us that they have been reborn in the Summerland and that they will come back soon. They would just tell me to be strong and happy.”

The woman sat for a moment and said. “I’m sure some would understand the hurt of losing your friend and anam cara. They’ve lost people too and loss hurts no matter how we tell ourselves it shouldn’t. Someday the pain stops and you just remember the love. Then it’s easier to be happy.”

Aisling looked up at the woman. “Do you think I should go back now?”

“I think maybe you should go hug Beith’s parents. They know she is on her journey now but it will still hurt them for her to be gone. They did name her for the first tree or beginning of the journey, you know. They will understand.”

“I guess,” Aisling whispered. She really didn’t want to go back.

“And when you’re parents named you, Aisling for dreams and visions, they knew what they were doing too. Be patient, wee one.”

The woman started to slip away and began to change into an old woman and disappear. Aisling heard the soft call of an owl in the twilight of the deep forest and it dawned on her that she had just had a chat with the ban sidhe and gave a shiver. Aisling got up and headed back to the village.

I went for a walk at lunch and got buzzed by a peregrine falcon and a raven that was really pissed. The falcon must have gotten too close to the raven’s nest. (They nest on our building.) The raven was beating the crap out of the falcon. They flew less than 5 ft away from me across our huge lawns. I just stood there with my mouth open. A weird beauty to the battle.

This may sound strange to some people but I was taught to live by a code of honour or ethics. This week I learned how little honour there is online. I live the same online as off line. What I say online is no different than what I say offline. Any of my friends or people who know me will tell you that.

If the women who commented this week on my blog are that way in real life I never want to meet them. They launched a joint assault on me that was reminiscent of the mean girls in Junior High. I didn’t pay any attention to the (I was going to say bitches but that’s demeaning to Artemis’ hounds.) troglodytes then and I’m not going to now. If you can’t take someone disagreeing with you, I pity you and you have no honour. Did you really think your nasty attack would shame me into changing my mind or shutting up? Really? Being a bully and you were bullies, doesn’t do anything but quiet the discourse and if you can’t take someone disagreeing with what you do you need to grow a pair of huevos because you have nothing.

The jackals really do hunt in packs. One evidently read my last pagan blog post and then scurried off to whatever den the jackals live in and told the rest so they all descended on this blog and attacked. There was only one problem with that, they didn’t read what I actually wrote. They got mad and answered what they thought I wrote. They were arrogant and petty and mean and how dare I have an opinion. Really? They felt free to make their opinions of me known whether they were right or not but I don’t have a right to an opinion. Girls, go back to Junior High when someone was actually afraid of you.

I don’t bad mouth anyone and I didn’t. I stated my opinion on a particular spiritual practice. I did not make any personal attacks. I didn’t cite any particular blogs. I expressed my concern. Period.

So what is my code?

2. Never attack any one that doesn’t attack first and even then in moderation.

4. Breathe and step back. You are always smarter than your attacker.

5. Stand up for what you believe.

6. Say when you think wrong is being done and fight to make it right.

9. Sometimes one must be patient to right a wrong.

10. Heal what can be healed and put what can’t be healed out of its misery.

11. Conserve your ammunition. Some battles aren’t worth fighting. And never fire until you see the whites of their eyes.

12. Be loyal to your friends and family.

13. Never say anything about anyone that you wouldn’t say to their face.

16. Don’t eat anything you couldn’t look in the face and kill. Don’t play with your food

18. Be kind – until stupidity gets in the way 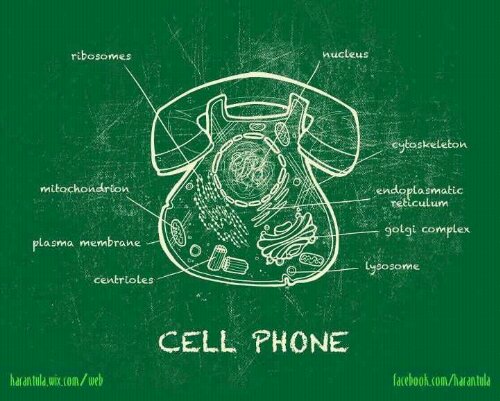