I have a confession to make. I miss things like the Doxology and hymns from church when I was a kid. Pagan don’t really have any good hymns except bastardized hymns like “Heretic Heart” which when I was a kid was “I sing the almighty power of God” and I always have to shift mental gears to sing it.

But I really miss my three favourite hymns, “For the Beauty of the Earth”, This is my Father’s World” and “Be Thou My Vision.” You can sort of sing all three as a pagan with substitution of certain words like Mother for Father but for someone who grew up singing every Sunday in a church choir once we got to a certain age it’s a hard thing to miss. I started in church choir in 3rd grade but I didn’t sing every Sunday until I got to 6th grade and joined Wylie Chapel Choir. Wylie Chapel Choir was the choir that sang in Junior Church. Junior Church was a kids service that happened every Sunday led my Pastor Jim. The kids that went to it were the kids whose parents had to be in second service like Elders, the adult choir, ushers, minister’s kids, parents in adult Sunday School who went to the 1st service in big church.

Junior church was exactly like big church in liturgy but with kid friendly sermons and a choir full of imps that were mostly the children of the afore mentioned adults. I guess it kept us from doing our summer activities year round. Things like climbing the belfry, getting up behind the organ pipes in the attic and peering over into church during the service and playing hide and seek in the basement. It didn’t stop me from taking out a loose nail in the choir pew and nailing Jerry’s cotta to the pew during the service because he was annoying the crap out of me. They just thought he’d caught it on a nail when the big ripping sound went. Not that I had quite carefully removed it and put it back through the material all while he sat there oblivious and unless he reads my blog he will never know. And I’m not sorry because he was being a pill that day.

I loved Junior Church. Pastor Jim had the coolest sermons and if you could answer a question you got cool prizes like a weather balloon or the bullfrog I was exceedingly delighted to win, mom not so much. Pastor Jim was the worst practical joker I ever met as a kid and gave me all sorts of ideas when I became a camp staff. He got me in the commission of many crimes as a kid. He said he could think like us. Although once he caught me and didn’t realize we were in the commission of a crime and we still ended up locked out and having to wake someone to let us in.

But back to hymns, I miss them. There is something about singing hymns that pagans haven’t gotten yet and may never because a lot of pagans have no church background. So I sing “This is my Mother’s World” in the car. I remember being delighted that “Song of the Soul” by Cris Williamson started with one of my childhood hymns and none of the other dykes knew it. “Open my eyes, that I may see.” It felt like Cris and my secret.

This is a pity party you don’t have to read any farther if you don’t want to. It was just a bad night.

Having a depressive day probably from lack of sleep and worrying. In February it will 5 years since I’ve had a permanent job. 5 years of worrying about the rent, the electric bill etc. 5 years without health insurance when I work in that field as a temp and not permanent. 5 years of watching companies out source their companie’s long term employees only to have them come back as temps to undo the errors the outsource workers make in India and the Philippines. People are laid off here every Thursday that have been here 10, 15, 20 or more years.

I used to make 50K a year in a good year. I had top of the line health insurance and PTO days. Now that seems like such a luxury. I had a dream until a week or so ago. It looked like I might get hired. It was between two of us. They hired the male 20 years younger with less experience. He’s cheaper.

I’ve been temping here since February and my time here doesn’t run out until May but that doesn’t mean they will keep me until May. When I interviewed my boss told me I was more suited to an Analyst position. Since I’ve been an Analyst at my last three permanent jobs that would make sense but they have no Analyst positions at the moment (They pay a lot more than the job I interviewed for) and it doesn’t look like that is going to change any time soon. That was my best chance in the 5 years I’ve been looking and I let myself get my hopes up which somehow made it all the worse. When one doesn’t let oneself hope you aren’t disappointed quite so badly.

I know I’m not the only one in this sinking boat and I’m hoping that Obamacare really helps people get re-hired in the healthcare insurance companies because there are a lot of women over 50 who are highly trained and not getting the few jobs that are out there because of their age. We have experience. Most of us have learned every computer system thrown together over the years. And the company where I’m temping is still using a program that I first saw twenty years ago.

I’m just really tired of worrying about the electric or the gas bill or do I keep insuring the car or even registering it. I’m tired of losing sleep over it. I’m tired of not being able to go to the doctor when I know I need to do it. I try to stay positive but sometimes it’s damn hard especially when for yet another holiday season there will be few or no gifts. When one of things you’ve always liked to do is find or make the perfect gift for people you love. And you’re wondering whether toilet paper would make a good gift. From the dollar store….

And I hate that my friends keep having to give me grocery gift cards as presents. It’s been a life saver at times but some time it would be nice to just get a gift that wasn’t tied to survival. I can never repay the kindness and generosity of my friends and that has meant some much but they shouldn’t have to. I should be able to support myself. I never in the world thought that once I got my college degree I would be in this boat. And personally, every retrograde Neanderthalic obstructive Republican legislator that was more invested in keeping Obama from having a second term should rot in hell. We’d be much farther along in the recovery if the rich were taxed appropriate to their exalted stations. We’d be farther along if jobs bills and veterans’ bills had been passed and not sat on by the constipated asshats in Congress. And now? They lost their election, so much for that nor getting Obama re-elected. Now will you do something for the people who put you in office and not the corporations that paid for their last golfing trip? 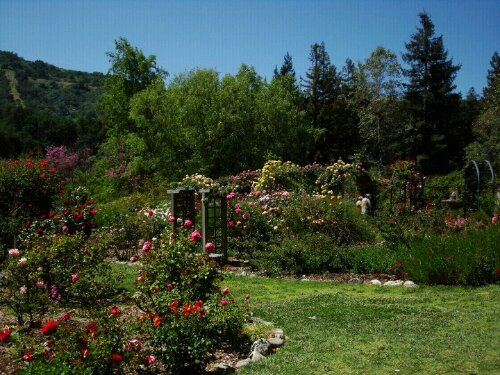