Whheeeee! Witchy Chic (http://witchchic.wordpress.com/2012/07/16/very-inspiring-blog-award/) nominated me for the inspriing blog awards. When you get one of these you have to agree to the Rules.

So here they are:

So, here are the rules…

7 interesting facts
Don’t know how interesting any of this is but:
1. I was a twin when I was born, my other half was still born
2. I didn’t get my driver’s license until I was 26, unheard of in LA
3. I have a 4 volume notebook set of camp songs and the only reason it’s isn’t more is I got lazy.
4. I love a good grilled cheese sandwich and wish I knew exactly how my high school cafeteria made theirs, baring that I’d settle for how our camp cook Carrot did it.
5. I’m in a coven of scientists.
6. I have three blogs. 2 here on WordPress and one on Livejournal
7. I’d give anything to hug my little brother one more time. 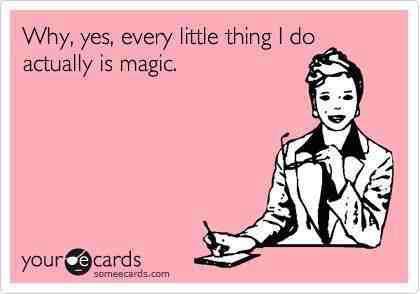 We had a wonderful 19th birthday ritual yesterday. I did learn a rather hard lesson after I got home. Don’t trust even brand new 75+ sunblock and it really doesn’t help if you forget some places like the tops of your feet. But I also got fried on places I did put it like my face, left arm, hands and the top of my left shoulder. I swear next time it may have to be wall to wall titanium oxide. Meanwhile my nose can glow in the dark. I’m hoping to last out the day at work wearing my Tevas.

Other than that it was great and I hope we are all still here for the 20th birthday of the Sisters of the Sea Iseum. It was a lovely and beautiful day to go to the beach and not to hot except while trying to walk back to the car barefoot over the sand. Way to look like a odd stork trying to put your Tevas on halfway across the sand when your first urge is to go “oochie, ouchie, yikes!” and hop up and down.

I called Qwan Yin in and felt her arrive with the others. I also did the portion of the ritual we always do where the priestess goes around and asks people, “Isis, how old are you?” I wasn’t supposed to but the other priestess had a migraine so I volunteered and lost it when I got to C and she said she’d leave the Higgs-Boson particle for me. Way to bust up the priestess! I think there is something smaller than Higgs-Boson, personally, maybe a Goddess particle to go with their God particle.

We take pictures in ritual so there is a very funny pic of it that another priestess took that the Heiromum says is the best pic of the day. I’ll post it later.

There was a lovely part where Isis (Aset) and Nethys (Nehbet) visited each of us and I had something happen when Isis infolded me in her wings. Isis appeared in front of me with golden amber eyes and just looked at me lovingly. It was quite awe inspiring and unexpected. I’m going to treasure that moment.

I love how we always build a mermaid for the sea to wash away and she is always beautiful and different. This year the seagulls found her face of marshmallows before the sea could wash her away which led to much laughter and comedy. All the seagulls on the beach yesterday seemed to be under 3 years old which was really unusual, normally it’s a very mixed bunch.

We called the dolphins but I guess they were busy elsewhere in the ocean. We made an offering of the waters of the world after blessing each other with them so water from all over from sacred sites is mixing off the coast.

I always forget how cold the ocean is here until some rogue wave gets me. California beach waters come down from Alaska and the ocean is never really warm here. People from places where the Gulf Stream and other warm currents are always surprised by this but I shouldn’t be, I know better and yet… when that water hits there is always the great gasp.